The New Neighbor By Leah Stewart 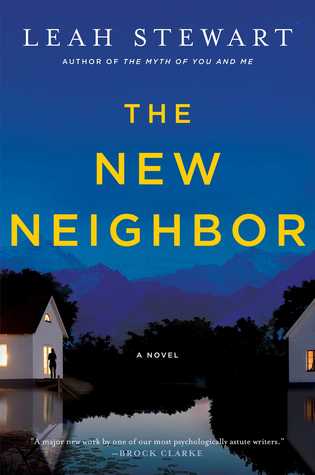 Ninety-year-old Margaret Riley is content hiding from the world. Stoic and independent, she rarely leaves the Tennessee mountaintop where she lives, finding comfort in the mystery novels that keep her company, that is, until she spots a woman who’s moved into the long-empty house across the pond.

Jennifer Young is also looking to hide. On the run from her old life, she and her four-year-old son Milo have moved to a quiet town where no one from her past can find her.

In Jennifer, Margaret sees both a potential companion in her loneliness and a mystery to be solved. But Jennifer refuses to talk about herself, her son, his missing father, or her past. Frustrated, Margaret crosses more and more boundaries in pursuit of the truth, threatening to unravel the new life Jennifer has so painstakingly created and reveal some secrets of her own.

As Night falls By Jenny Milchman 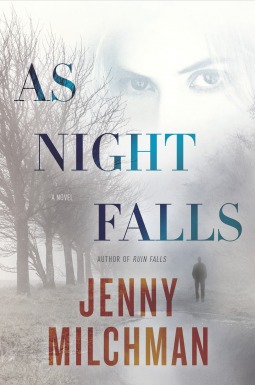 Sandy Tremont has always tried to give her family everything. But, as the sky darkens over the Adirondacks and a heavy snowfall looms, an escaped murderer with the power to take it all away draws close.

In her isolated home in the shadowy woods, Sandy prepares dinner after a fight with her daughter, Ivy. Upstairs, the fifteen-year-old—smart, brave, and with every reason to be angry tonight—keeps her distance from her mother. Sandy’s husband, Ben, a wilderness guide, arrives late to find a home simmering with unease.

Nearby, two desperate men on the run make their way through the fading light, bloodstained and determined to leave no loose ends or witnesses. After almost twenty years as prison cellmates, they have become a deadly team: Harlan the muscle, Nick the mind and will. As they approach a secluded house and look through its windows to see a cozy domestic scene, Nick knows that here he will find what he’s looking for . . . before he disappears forever.

Opening the door to the Tremont home, Nick brings not only a legacy of terror but a secret that threatens to drag Sandy with him into the darkness.